Who Is Jemila Yasin?

Embarking first on assistance nurse in Saudi Arabia Umm Al Qura General Hospital. Jemila redirected her ambitions and joined National Trading and Development East in Dubai the big brand company almost owned 1500 outlets as customer service after college from 2006 to 2009, she worked alongside her employment as a tourist guide and business support for Ethiopian business person who lived in Dubai and Ethiopia.

After resigning from NTDE she established and owned electronic and mobile shop in Dubai from 2009 to 2014 called Ahmed and Jemila Electronic Trading LLC.

Then after since 2014 until now Jemila owned and managed her Import and Export Company DFJ Trading FZC located in Sharjah and the branch office in Dubai. She is married to Electrical Engineer Mulugeta Alemu and the mother of one Daughter. 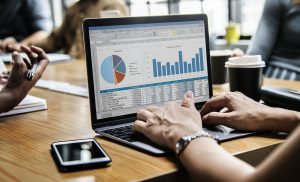 With full Gutenberg and Classic editor compatibility, you can now embrace the future of WordPress with Multiple Business Pro.